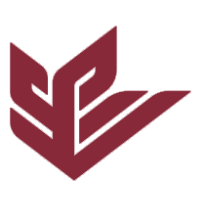 Being located on a hill in an urban environment, some of SPU’s buildings have poor cellular coverage. We have looked into technologies such as Distributed Cellular Systems and microcell repeaters… unfortunately, present options are not cost effective to deploy. Fortunately, cellular carriers and smartphone manufactures are working to come up with solutions for poor cellular coverage: “WiFi Calling.”

WiFi Calling is something you must enable on your smartphone and not all carriers currently support the service on all devices. Below is a summary of current WiFi -carrier-device capabilities along with links to instructions for enabling this on your device. Bear in mind: this is an evolving service and each carrier continues to rollout device-specific capabilities. If your carrier does not currently support WiFi-calling on your device there is a good chance it will by the end of 2016.

What Carriers and Phones Support this Service

"Of the four major US carriers, T-Mobile, Sprint, and AT&T provide built-in Wi-Fi calling. Though no official timeline has been set, Verizon has confirmed plans to offer the service. (See Verizon update below). In addition, Republic Wireless provides Wi-Fi calling by default on its handsets, and users get support from Sprint's network if connection is unavailable.

Currently, T-Mobile has 23 smartphones that support this option, including the Apple iPhone 6S and 6S Plus; Samsung Galaxy Note 5 and S6 Edge Plus ; the LG G4 and HTC One M9 .

As for Sprint, Wi-Fi calling is available on the iPhone 6 Plus, 6, 5S and 5C only if its iOS software is updated to v8.3. A number of Android devices have the service as well, but to see if yours has it, you'll need to check through the handset's Settings menu.

Currently, AT&T offers Wi-Fi calling only for the latest Apple iPhone 6S and 6S Plus, as well as the previous iPhone 6 and 6 Plus .” (Source: http://www.cnet.com/news/what-you-need-to-know-about-wifi-calling/) – October 2015